Like many current robot combat competitors my first exposure to the sport was the original run of BattleBots. It didn’t take long before I started designing the robot I wanted to enter. That design and several that followed never made it off the note pad, but eventually I did manage to build a working robot that made it to an event, the first West Coast Robotics competition. Electrical issues between safety inspection and the robot never made it to its first fight. Two years later I went to RoboGames with a 60lb robot called Ruiner and went 1-1, taking far more damage in the fight it won than the one it lost. In the years since then I’ve moved across the country, gone to college, graduated, and worked as a mechanical engineer in a wide range of roles. During that time I’ve worked to both improve the quality of the robots I build and grow the local builder community. In recent years I’ve taught several classes focused on building combat robots and become involved in organizing robot combat events in the Atlanta area. 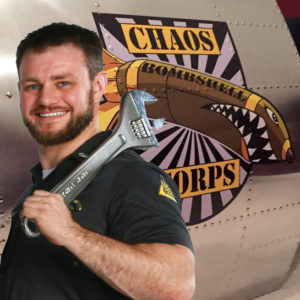 Design engineer and applied mathematician, I worked as a metal fabricator and machinist to put myself through school. As a kid I would watch Battlebots on Comedy Central and dream of building and fighting my own. In 2011, as a student at Georgia Tech, I was fortunate enough to meet and work with Charles Guan and Jamison Go of team JACD who helped me build my first combat robot. I’ve been all in ever since. My expertise lies in design and analysis of mechanical and electrical systems, but I’m also pretty handy with a welder or wrench. 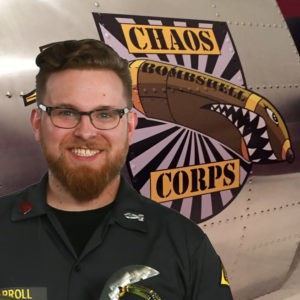 I am slowly, but steadily working my way through a mechanical engineering degree at Georgia Tech. My free time is spent designing and building expensive toys (combat robots, electric vehicles, R/C vehicles). While out of classes I work as a some combination of a machinist, a welder, and a gas turbine mechanic. While in classes I do engineering design and consulting for various scientific researchers. Like most of us, I have always been a huge fan of Battlebots. It wasn’t until I met Jamison Go at Georgia Tech and saw his beetle weight: Dominant Mode’ that I seriously considered building a combat robot of my own. I love combat robotics, both as an incredible sport, and as a totally unique venue to test mettle as an engineer. 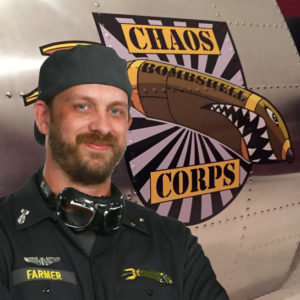 Father of two young boys, Cub Scout leader, and a Software Architect by trade, I have been interested in combat robotics since I saw my first match in the mid 90’s. I finally built my first robot in 2006 as a surprise for my (then) 12 year old nephew to compete with at DragonCon, and have been hooked ever since. I’m a generalist overall. I weld, wire, and integrate systems. I’m usually the one in the pits improvising and getting bots (mine or my competitors) back in the game before the next match. I’m also the Chairman of the oldest and largest Makerspace in Atlanta, FreesideATL, and compete in the Power Racing Series. 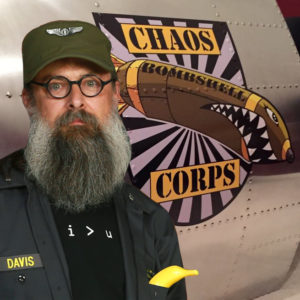 The designated under achiever; I have no children, can’t weld, and hold no championships of any Robot kind. Primarily I am driven to robot combat by the spectacle. My contributions to the sport have been more in the capacity of enabler than builder. I am a member of team Found Objects; providing the arena for Robot Battle’s MicroBattles event at DragonCon since about 2007 and generally beating the drum for Georgia area robot combat and helping to run events. My robot builds tend to emphasize the silly, humorous and downright odd. I can’t believe these guys are letting me play with them. Wife, dogs, and enabling my other bad habits (sleeping indoors and eating regularly) occupy most of my non-robot time, with the odd backpacking trip for variety. 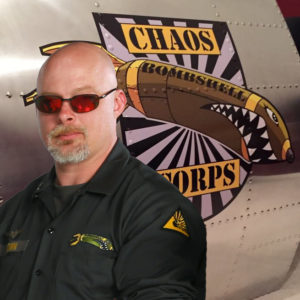 Jason ‘Evil’ Brown built his first combat robot in 1992 for the second annual Robot Battles competition at DragonCon in Atlanta, GA. His team, Evil Robots, Inc., is a fan favorite at Robot Battles. Jason, known simply to his fans as ‘Evil,’ never misses an opportunity to engage the crowd with a little showboating. He has been competing in robot combat longer than just about anyone, and in that time gained a wide range of skills, tools, and scars related to the sport. He founded the Chatt*Lab makerspace and sits on the steering committee for the Chattanooga Mini Maker Faire. He lives in Chattanooga, TN, with his wife and son. 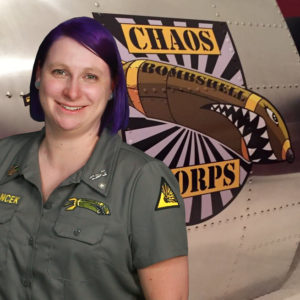 Julie Simancek has a BFA and MFA in jewelry and metal smithing. Her work is conceptually linked to aspects of play and uses non-conventional materials alongside precious ones. Visual cues in her work suggest inspiration in Rube Goldberg machines, historical engineering, literature, and game theory. She first became interested in fighting robots when Comedy Central first aired Battle Bots, but had no outlet to make her own robots. Upon meeting her future husband Mike Jeffries, they began dating and designing fighting robots together. 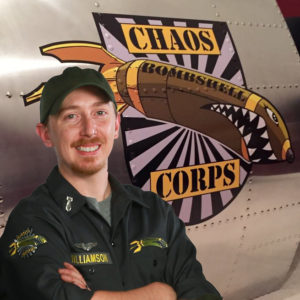 Watching Battlebots and Robot Wars in TV in my teenage years led me to knowing exactly what I wanted to do. I teamed up with Mark DeVidts for BBIQ1.0 and we took 2nd place and most aggressive driver. We competed again in Battlebots season 5. I teamed up with Jerome Miles in the same time frame and filmed Robot Wars in London. Since the days of battle, I’ve taught myself to be a machinist, circuit guru, and business owner. I have helped with FIRST robotics on multiple teams, including becoming World Champions. Robot combat has taught me to design, build, wire, and most importantly help others when needed. Robot building is a brotherhood and has given me life long friends. I’ve also competed in the NASA Centennial Challenge, Sample Return rover. My team took 1st place the very first year, though did not complete the challenge for prize money. We fielded the only rover to meet the strict rules to be able to compete in the challenge. It was a huge moment for my life to have worked beside NASA and others on research for future space missions. 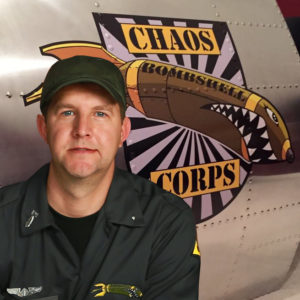 Jamie Price’s interest in robotics began in 2001 after the premiere of Comedy Central’s hit show BattleBots. A fan of all things mechanical, he built and competed with a 60 pound robot for BattleBots Season 4.0 in San Francisco. Since then, he has built a number of combat robots and fought in events all over the country. More recently, Jamie has switched his attention to “art bots.” He designed and created a mobile bartending robot named BaR2D2 which has been featured on the Discovery Channel as well as Popular Science and other magazines. In 2009, he took BaR2D2 to Vienna, Austria to compete in Roboexotica, an event that showcases bartending robots. It earned “Best Digital Mixer” at the event. Since then, BaR2D2 has traveled to Hong Kong, China for a New Year’s Eve party, New York for a rooftop rave, and other events in the States. Jamie’s latest project was the construction of a DIY gas turbine jet engine with afterburner… in his garage. Other hobbies include building small electric vehicles and elaborate costumes.